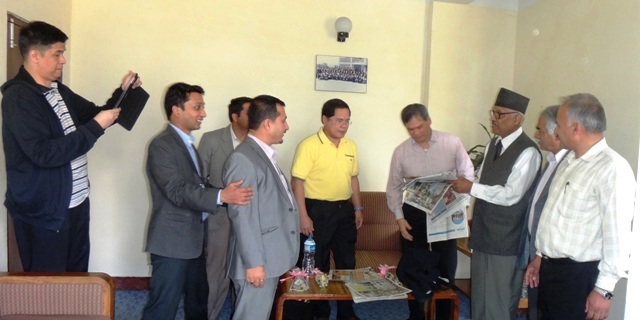 In the interaction program Mr. Purna Chandra Sharma, Director, International relation, Pokhara University welcomed the guests whereas Dr. Suresh Prasad Bastola, Dean, Faculty of Science and Technology presented the overview of science and technology programs in Pokhara University followed by the presentation by Dr Jose and his team about the Emilio Aguinaldo College Manila. Then the officials of both institutions had bilateral discussions which concluded in the agreement of having academic relationships like student and faculty exchanges, research and development activities. Finally, Prof Dr Padam Bahadur Sahi, Assistant Dean, Faculty of Science and Technology, Pokhara University bided the vote of thanks.

School of Engineering: Invitation for Sealed Quotation for the Procurement of Internet Bandwidth