International Conference on
Natural and Cultural Heritage in South Asia

The “International Conference on Natural and Cultural Heritage in South Asia” has been organized to bring together the international community of interdisciplinary scholars from multiple aspects of South Asian Studies. The conference is made up of a series of presentations and group discussion sessions for two days. The conference will be held on 16-17 June 2022 (2-3 Ashad 2079 BS) in Pokhara.

South Asian Studies is an interdisciplinary academic discipline that deals with the diverse cultures, histories, languages and literatures of South Asia. So the conference focuses on the issues of South Asian countries, including Nepal, India, Pakistan, Bangladesh, Sri Lanka, Bhutan and Afghanistan. Among the South Asian countries, Nepal has unique features from the highest mountains in the world to living cultures, gods and goddesses as it is home to a rich heritage, adventure, diversity and natural resources. Nepal is also an ultimate destination for travelers and adventure seekers. The visiting scholars will explore Nepal’s unique trip alongside their sharing of South Asian research experiences.

To address the conference theme, the conference features the topics of interest that revolve around the following areas related to South Asian Studies. They include:

There will be two keynote speakers in the conference: the scholars of high profile academic records. Both of them will address the opening session of the conference. 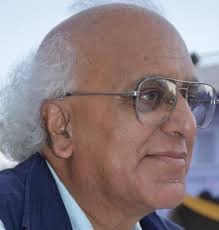 Dr. Abhi Subedi is Professor and former Chair of the Central Department of English, Tribhuvan University, Kirtipur, Nepal. He has received his higher education from Nepal and the UK.

Dr. Subedi is a critic, poet, playwright, linguist and translator who writes both in Nepali and English. He is also a columnist for Kantipur Daily and The Kathmandu Post. He has several dozens of books in Nepali, English and English translations to his credit. 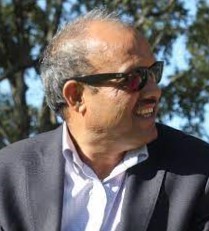 Dr. Joshi is also a poet, fiction/nonfiction writer, and essayist. His writings include Writing Skills for All (1994), A Night’s Drama (short stories, 2008), two volumes of critical essays on art and literature: Reflections on Nature, Culture and Literature (2011), Deuda Songs: Poetry and Performance (2011) and Man and River (poetry, 2012). His poems have appeared in the journal, Of Nepalese Clay. The Pumpkin Prince (folk narratives) and A Big Tree (poetry) are ready for publication.

Dr. Joshi has translated B. P. Koirala's novel, Hitler and the Yehudi, into English for Nepal Academy. He has also published critical essays and research articles.